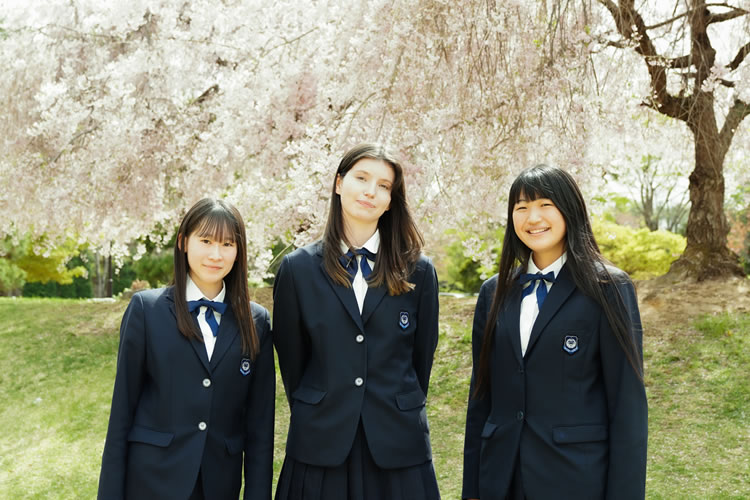 Miyagi Gakuin High School is an all girls' high school in Miyagi-ken, Sendai city, in the northern part of Japan. It was founded as a "Miyagi girls school" by Missionary William E. Hoy from Reformed Church in the United States in 1886. The first Principal, of the school was Ms. Elizabeth R. Poorbaugh, also a Reformed Church Missionary from the United States. Since then, we have kept the tradition of educating girls based on Protestant Christianity, for over 130 years. Our campus is located on approximately 162 acres, (200,000 ㎡), where natural greenery contrasts with the brick buildings creating a beautiful landscape. Our schools are comprised of Miyagi Gakuin Junior High School and Miyagi Gakuin Women's University. Our chapel boasts a stained glass window by the French artist Gabriel Loire. 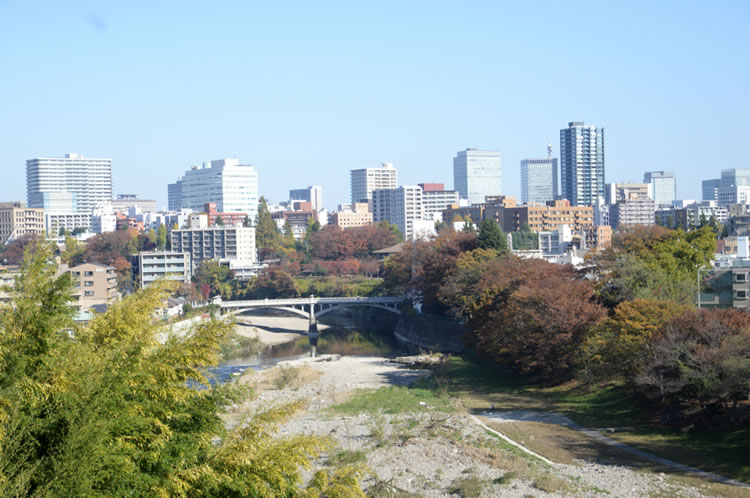 Sendai city is the capital city located in the middle part of Miyagi. As the largest city in the Tohoku region, it has a population exceeding 1 million. Sendai is called the ‘wood city’ of Tohoku region because it has many green streets with beautiful trees growing in the center divider of the street. The weather is relatively temperate for the Tohoku region. Famous shops, such as the Apple Store and the Disney Store, are located close to the city center. Public Transportation access is supported by two subway lines and several public bus agencies. Tokyo is only 1 ½ hours away by Shinkansen. 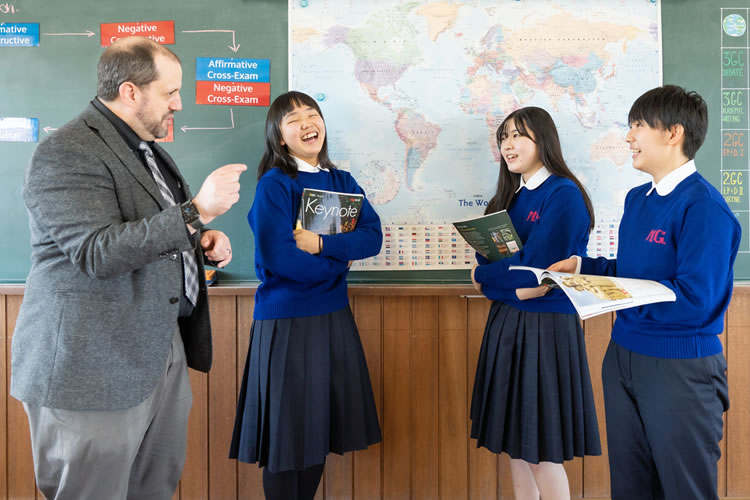 Miyagi Gakuin has been supporting its education since its founding by a large number of American missionaries. The missionary took classes in English and boasted a high level of English proficiency. In order to succeed this tradition to the present age, educational programs such as 'Online English program (English language class using skype)' and 'Global communication department' (majoring in acquiring high English ability through discussion and debate) are being implemented I will. In addition, we are focusing on overseas study abroad and have prepared various study abroad programs such as long-term study abroad, term study abroad, short-term study abroad We are actively accepting overseas international students. Especially, exchange schools in Canada and Australia visit our school every year, we are homestayed to student families, we are doing interchange concerts. 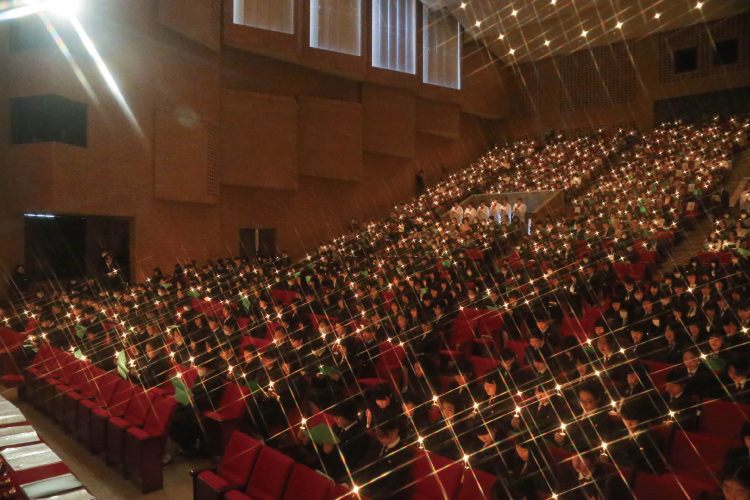 Miyagi Gakuin junior high school and high schools value music education. This is derived from the Christian school cherishing worship, becoming familiar with hymns and renditions like everyday among them. In music classes, in particular, vocal music boasts a high level. Students practice the music of Handel 's Messiah every academic year and sing for Christmas worship. You can also major in string music with selected music. Traditionally we value Christmas worship, junior high school students give Christmas pageant, high school students dedicate Messiah to God. This worship will be held with music club, choirs, orchestra groups, string orchestra, wind orchestra division, handbell team, with all the students. In addition, students can attend the music school attached to the university if they wish. 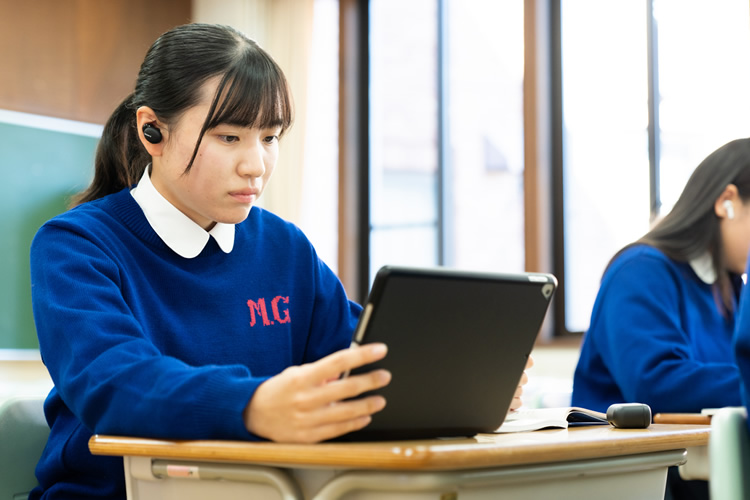 About 10 years ago, global studies began with the fact that the then second-year high school student knew the activities of Mrs. Kazue Murakami, a NGO organization representative, in an English textbook and was impressed with its way of living. "Is not it after the study of English, is there anything we can do for them?" The students started a small volunteer work in the Mali Republic. After that, the scale of the volunteer expands, sends proceeds earned in the bazaar of the cultural festival every year, builds a literacy class in the field in 2006, and as a female leader from the field in 2016, the 130 th anniversary of foundation We came to invite Mrs. Awa Keita Kansaye to Miyagi Gakuin.

In 2014, as a special learning "global studies" we developed as a systematic learning place. From 2015, as a special learning consisting of two programs "Learning and Exchange Part" and "Research Learning Part", we practice systematic learning. In this global educational activity, we have three themes of "poverty and education", "peace and discrimination", "environment and development" among the worlds of globalization, how to solve it in the face of various problems We will work as an inquiry activity as to whether we will go. In addition to CARA (West Africa Rural Self-Support Cooperation Association), we collaborate with many NPOs and NGO organizations such as "NGO ACE protecting children in the world from child labor", "Plan Japan", "Rwanda education thinking group" We hold lectures and workshops. 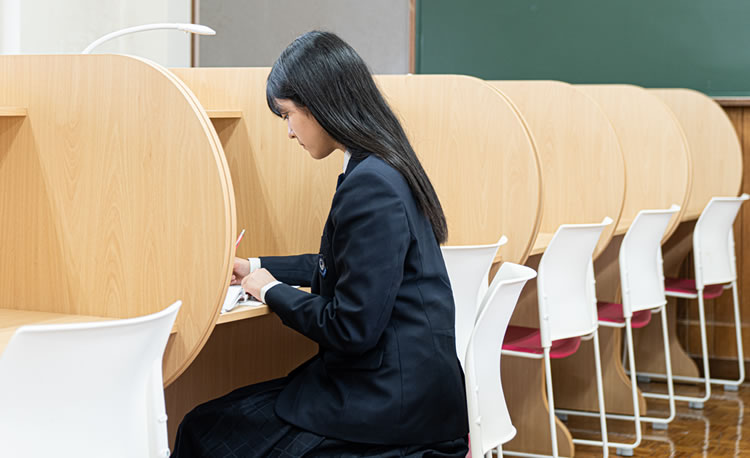 In Japan it is common to go to a preparatory school other than the school in order to pass the college entrance examination. Miyagi Gakuin High School prepares preparatory schools so that they do not have to pay extra tuition to go to preparatory school. This is a study mall. As the name suggests, study malls have various learning programs. It is like a special store shop learning after school. In addition, it has opened up to 20:30 at the maximum, and after studying club activities, studying at school and getting home is possible. Study mall has a fee-based program, but it is much cheaper than preparatory school that is called JUKU.